Five Medals for the Padró & Co. vermouths in the international Competition Catavinum 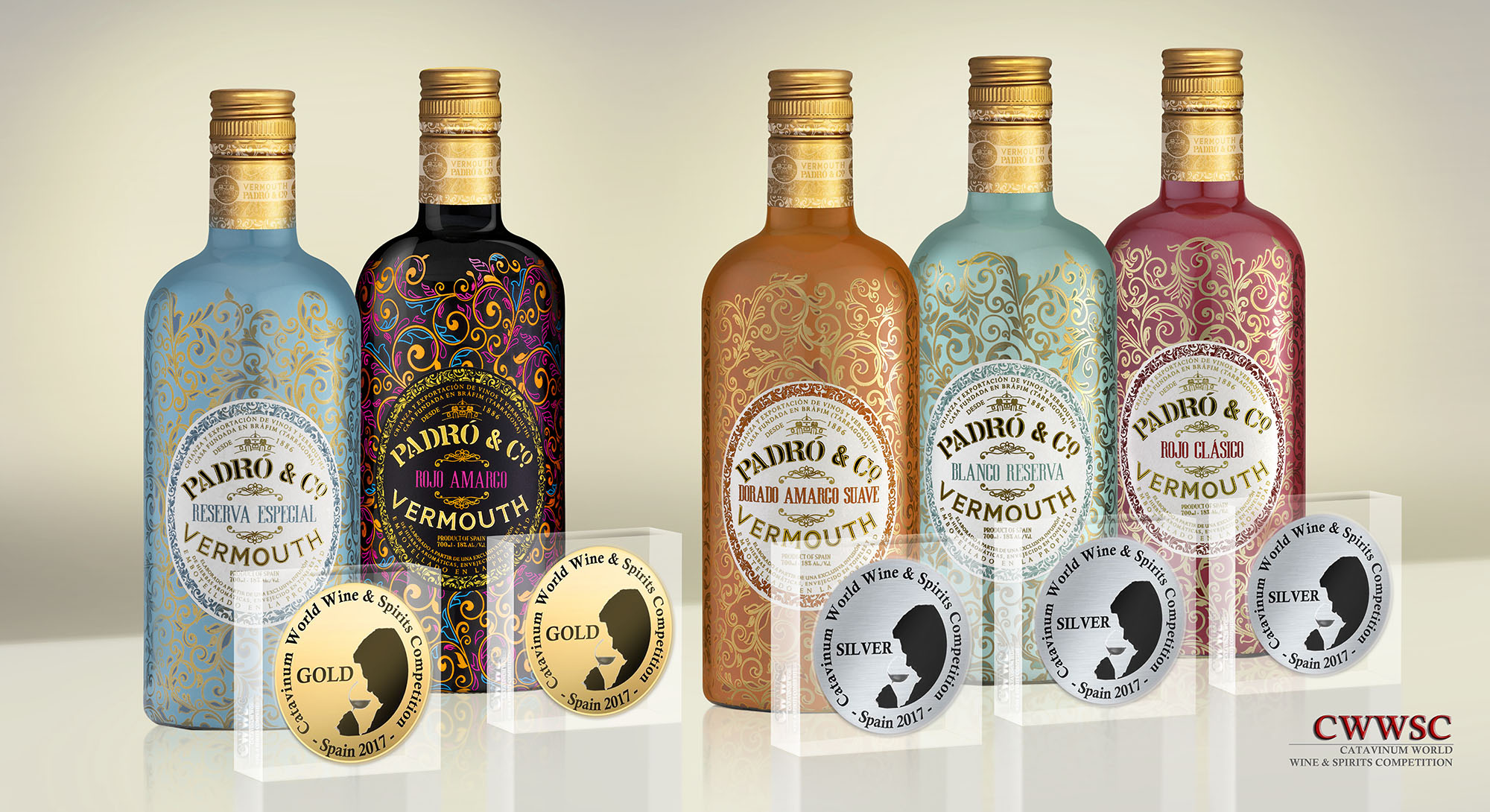 Five Medals for the Padró & Co. vermouths in the international Competition Catavinum

The Padró & Co. vermouths continue receiving accolades. Following the vermouths’ recent gold medal success at the Vinari Vermouth Awards and the top scores picked up this year from Peñín, the international Catavinum World Wine & Spirits Competition has now added its stamp of approval with a total of five new medals, two gold and three silver.

The Gold medals were awarded to the Reserva Especial and the spectacular Rojo Amargo. The former already received a gold medal in the Concours de Bruxelles Spirits Selection 2016, so this is the a second medal for this very unique, sweet but quite exquisite vermouth. This is also a new gold to add to the Rojo Amargo’s own array of awards since the vermouth was awarded 92/100 in this year’s  Peñín Guide. Characterised by a an impressive mise-en-scène and a distinctively radiant packaging, the Rojo Amargo looks set to become the star of the all-purpose vermouths: ideal as a lunchtime aperitif… and must-have for a night on the town.

The silver medals in this year’s Catavinum Competition went to the Rojo Clásico, the Blanco Reserva and the Dorado Amargo Suave. The latter was awarded an incredible 93/100 in the above-mentioned Peñín Guide in regognition of the fine balance in the vermouth between sweet and bitter sensations.

The accolades awarded to the Padró & Co. vermouths are the icing on the cake in this venture by the Padró company in Bràfim (Tarragona) to make its own vermouth assimilating the style and passion of a one-hundred year-old brand.