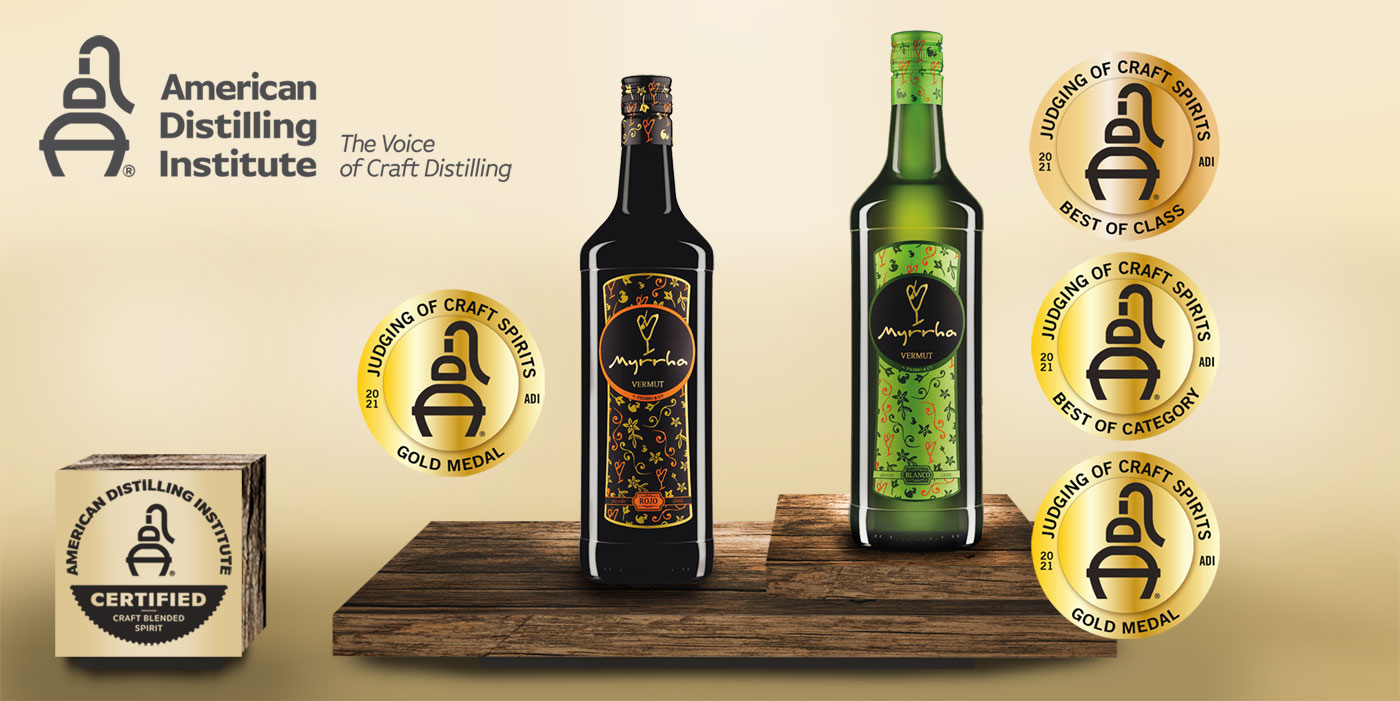 The prestigious American Distilling Institute (ADI) has given several awards to our Myrrha by Padró & Co. vermouths at its Judging of Craft Spirits 2021, a competition which evaluates spirits and fortified wines made using traditional methods.

Our Myrrha Blanco white vermouth received a Best of Class 2021 award, a title offered to the best spirit or fortified wine among the Gold Medal winners. Myrrha Blanco also received the Best of Category award in the International Fortified Wines category. The panel particularly highlighted Myrrha Blanco’s well-balanced fruity flavours and delightful aromas, as well the predominance of citrus fruits and the pleasantly sweet finish.

Our Vermut Myrrha Rojo also received a Gold Medal. The panel noted the excellent colour of this traditional-style red vermouth and the perfect balance between bitter and sweet flavours.

A celebration of craft alcoholic beverages

The awards ceremony took place during the Craft Spirits Conference & Vendor Expo held from 23rd – 25th August in Louisville, Kentucky. This is one of the benchmark events in the United States for fortified alcoholic beverages made using traditional methods. The expert panel tastes blind with no knowledge at all of which specific spirit is being tasted at any given time, or of the producer. The American Distilling Institute is the largest trade association in the world for craft spirits.

Our vermouths are now available in 23 US states. Vermouth was already popular in the United States at the beginning of the twentieth century, when it was used as an ingredient in numerous cocktails. Vermouth continues to be used in the United States as a cocktail mixer but is being increasingly enjoyed just on its own, as an aperitif. The growing number of North American producers who are now making vermouth bears testament to this. However, European vermouths also have a strong presence in the US alcoholic drinks market.