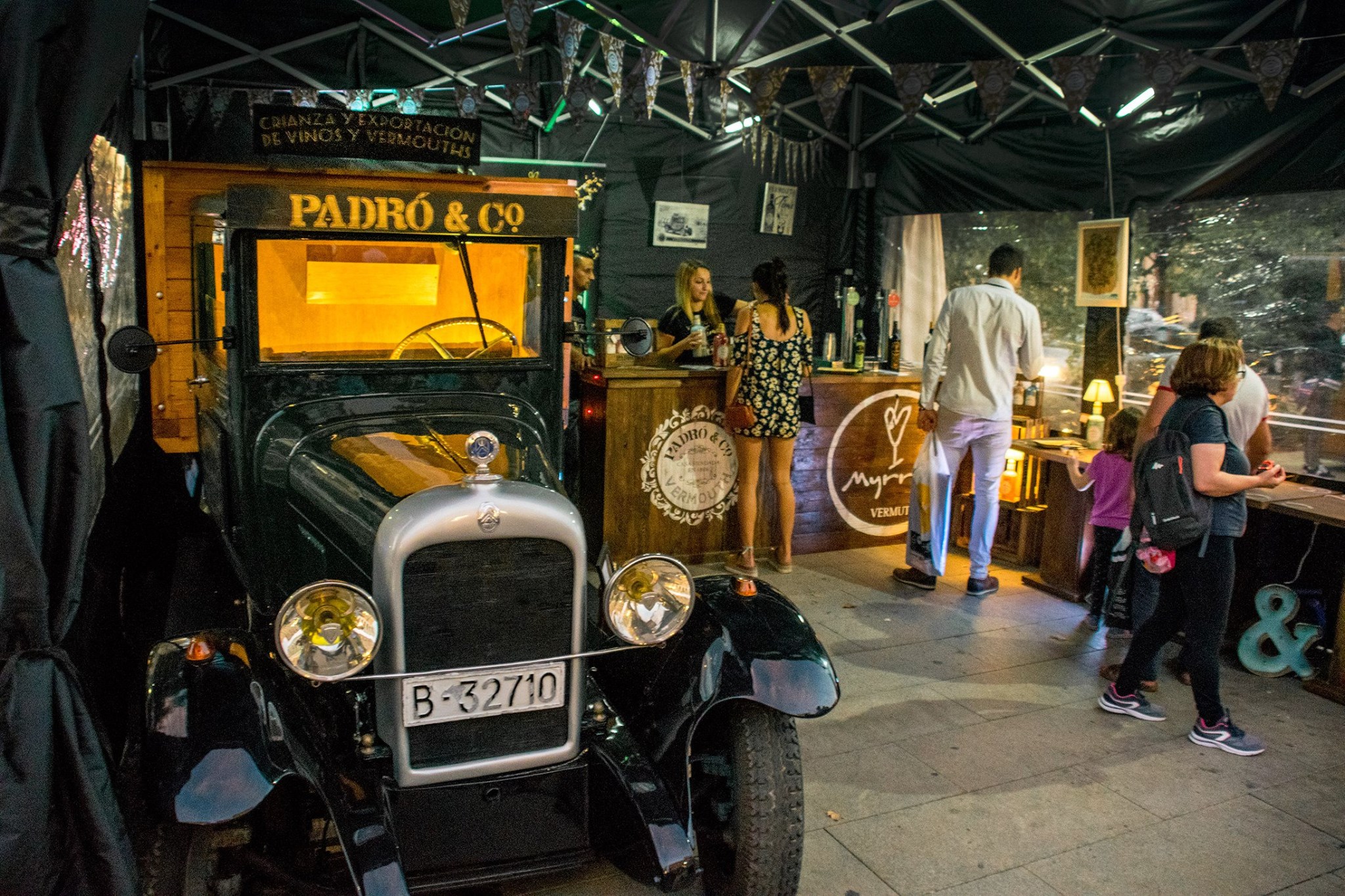 In September, Reus (the capital of Spanish vermouth) held EXPOVERMUT, the city’s 1st International Vermouth Fair, organised by the Reus Vermouth Museum as a new vermouth event aimed at both professionals and the general public.

Our Padró & Co. and Myrrha vermouths were both present at the fair with their vintage truck and a large stand at which visitors were able to taste all seven vermouths sold under these two brands as well as watch magic tricks performed by magician Jordi Caps and enjoy cocktails prepared in situ by Jordi Vizcarro (Pachito Lounge Tarragona).

The 3-day fair saw 24,000 individual tastings of the 28 brands of vermouth present. Plaza de la Llibertat in Reus was transformed into an open-air festival with musical performances and parallel activities such as: