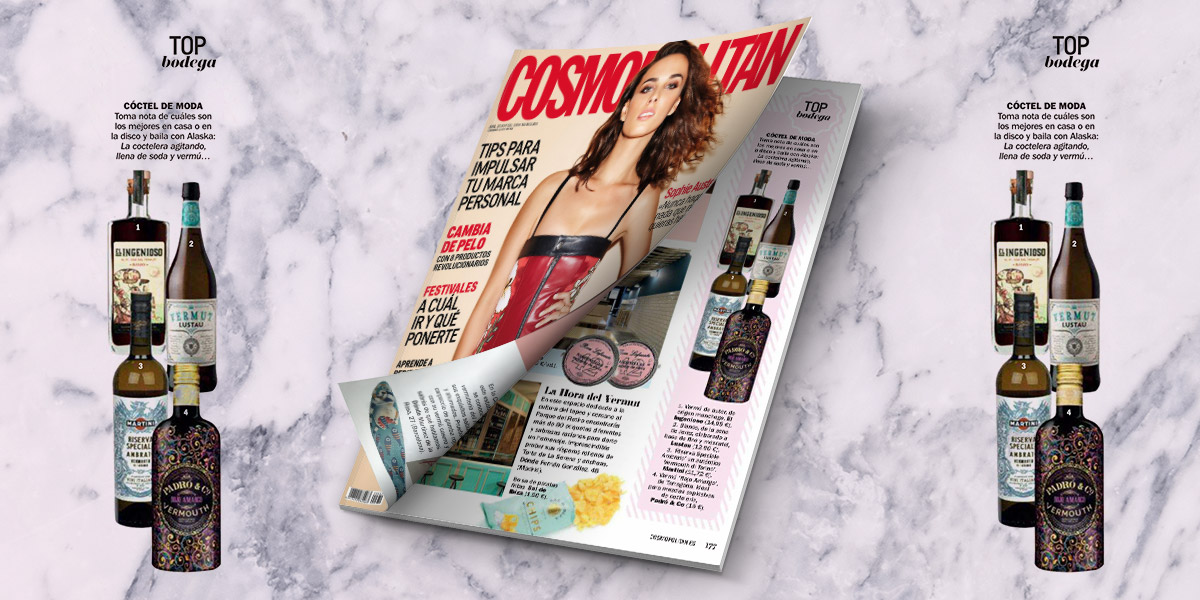 Our Padró & Co. Rojo Amargo vermouth is in the limelight once again thanks, this time, to Cosmopolitan magazine. The publication recommends the vermouth in a Fashion Cocktails feature in its ‘TOP Bodega‘ section, describing it as the “ideal vermouth for explosive cocktail mixes”. The prestigious magazine has published a full one-page feature with a selection of different vermouths to try as well as places to go and suggestions for tapas.

Cosmopolitan is one of the most widely-read magazines in Spain: its 470,000 monthly subscribers have made it one of the country’s most popular publications and placed it in the Top 3 in the fashion and trends category. First published in 1886, it is one of the world’s most prestigious publications with readers in over 100 countries. It is currently published in 32 languages (the Spanish edition eventually saw the light in 1990 after an unsuccessful attempt to get it up and running during Franco’s dictatorship).

The feature in this issue of Cosmopolitan heralds yet another step forward in the consolidation of the success of the ‘Padró & Co.’ brand, which has not stopped receiving awards since it was launched.