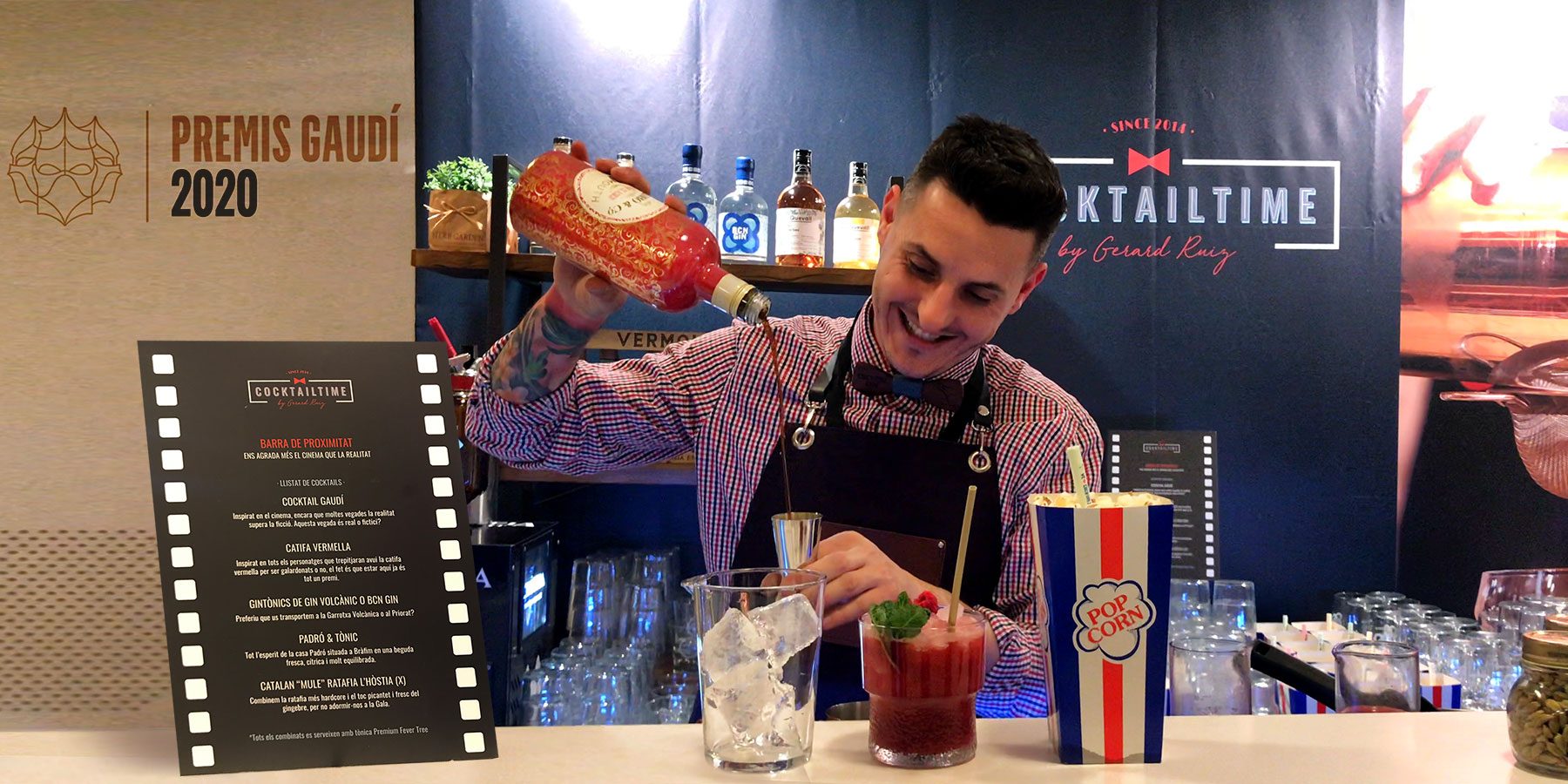 Barcelona’s International Convention Centre was the venue for the 12th year of the Gaudí Film Awards held on 19th January. Thanks to Spanish bartender and Cocktail Time owner Gerard Ruiz, our Padró & Co. Vermouths were part of this gala Catalan film event.

Preparation:Put the fruit into a cocktail shaker and use a pestle to extract all the juice and pulp. Add the remaining ingredients and fill the shaker with crushed ice and shake, vigourously.  Sieve twice and serve on the rocks in a designer tumbler. If you like, you can also add a mint leaf and some freeze-dried raspberries as a garnish.

Following on from the gala awards ceremony, was the closing party with its different stands offering locally-made drinks: kombucha, beer, cava and wines. At the wine stand, run by the DO Catalunya appelation, guests were also able to taste one of the wines we make here at the Padró family winery, our Poesia Garnacha Blanca.

We are so thrilled to have the chance to be present at this major event in Catalan film and that our vermouths and wines were part of the celebration.