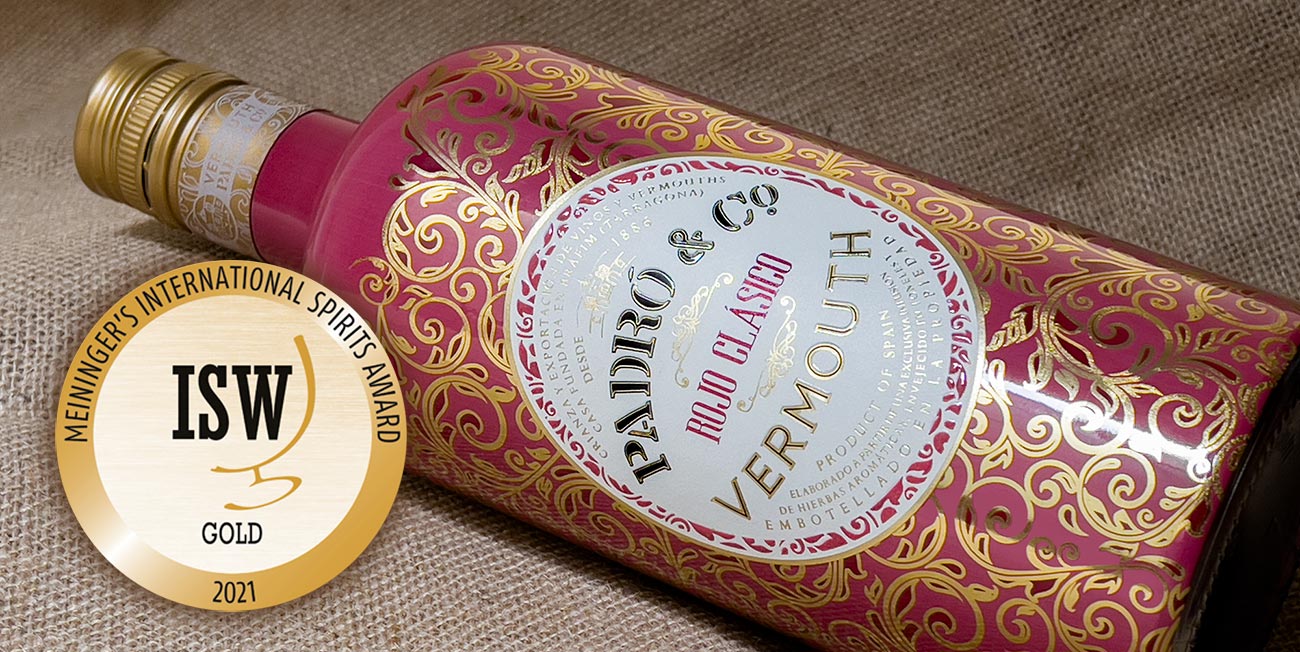 Our Padró & Co. Rojo Clásico vermouth has won a Gold Medal at ISW Meininger’s International Spirits Awards 2021 in Germany. Meininger is a benchmark in Germany for tasting and assesses ​​wines and spirits from all over the world. Our Rojo Clásico took part in the aperitif and non-alcoholic beverages category.

The panel, made up of acclaimed experts, was particularly impressed by the traditional and aromatic character of our Rojo Clásico, as well as its complexity, harmony and well-rounded sensations offered in the mouth. This vermouth is indeed our salute to the traditional flavour of the vermouth that has been made, since the 19th century, in our area, Camp de Tarragona. Padró & Co. Rojo Clásico evokes flavours of yesteryear in a vermouth with finesse, thanks to the high-quality base wine we use, the perfect mix of botanicals and a good rest in old barrels previously used to store sherries.

In 2021 ISW Meininger has given a new form to the way in which its spirits contest is organised. Each month a different type of product is tasted, thus ensuring maximum attention is paid to each drink category. The members of the panel taste blind, individually and impartially and a panel chairman collects the scores. In May 2021, the panel assessed 21 aspects of each entry in the aperitif category and awarded our Rojo Clásico a 0% rate of error.

This Gold Medal for our Rojo Clásico is the first accolade received by one of our Padró & Co. vermouths in Germany, a country where the consumption of vermouth is currently experiencing a renaissance. In fact, the word vermouth, which has been used in Europe to describe wines with an infusion of herbs and spices since the end of the 18th century, comes from the German word Wermut, meaning wormwood. So the story goes, Antonio Benedetto Carpano invented vermouth in Turin in 1786 and gave it a German name in recognition of writer and naturalist, Johann Wolfgang von Goethe, who was traveling around Italy at the time collecting information for his work The Metamorphosis of Plants.

We are delighted to be able to add this recognition from ISW Meininger to the other international awards that we have received from Belgium, the United States, the United Kingdom, China, Singapore and South Africa, in addition to major accolades here in Spain.