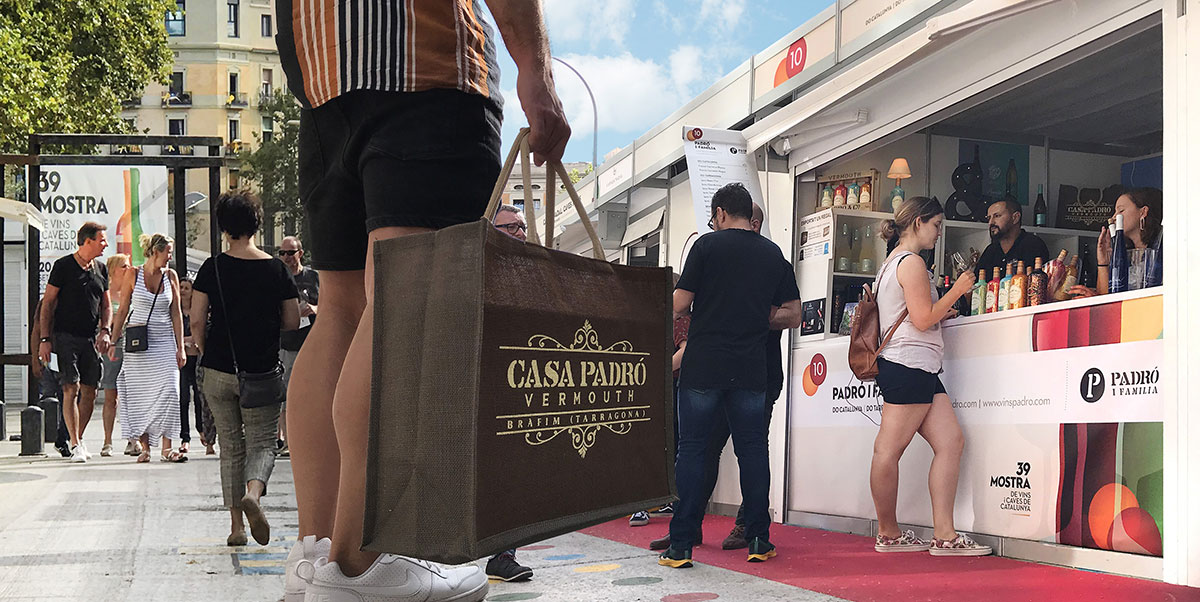 One of Barcelona’s most eagerly awaited events for wine lovers, the annual Catalan Wine and Cava Fair, held as part of the city’s celebrations in honour of patron saint La Mercè, took place this year right outside the fabulous Sant Antoni food market. Between 20th and 24th September, this central ​​Barcelona neighbourhood was filled with wineries offering a range of fascinating activities for all audiences.

We were there at booth number 10 where people could try our Padró & Co. vermouths, as well as some of the Mediterranean-style wines we make at the Padró family winery. We also organised a vermouth tasting on Tuesday which was open to the public.

The fair was also a chance for us to promote some of our wine tourism activities. Visitors to our booth could collect a flyer and read about our Casa Vermouth Padró – now open to the public. Casa Vermouth Padró is a beautiful space where you can live the sensory experience that is vermouth and learn about the traditional process we use to make our vermouths. Information was also available at the Catalan Wine Tourism booth.

Barcelona is one of the biggest aficionados of Catalan wines, cavas and vermouths. Consumption is increasing every year which is why it is important that lesser known Catalan Appellations (D.O. or Denominación de Origen) are present at the city’s most popular festival, ​​La Mercè. The new venue in the Sant Antoni neighbourhood proved to be a good move too since the public was able to accompany their drinks with the mouth-watering gastronomy to be found in the area.

The La Mercè wine fair is organised by the Catalan Department of Agriculture, Livestock, Fisheries and Food, through the Catalan Vine and Wine Institute, INCAVI and Catalan Food Promotor, PRODECA to increase awareness of the wide range of wines, cavas and vermouths on offer from Catalonia’s different producing regions. A great success all round, see you again next year!