Five awards for the Padró I Família Vermouths at Vinari 2018 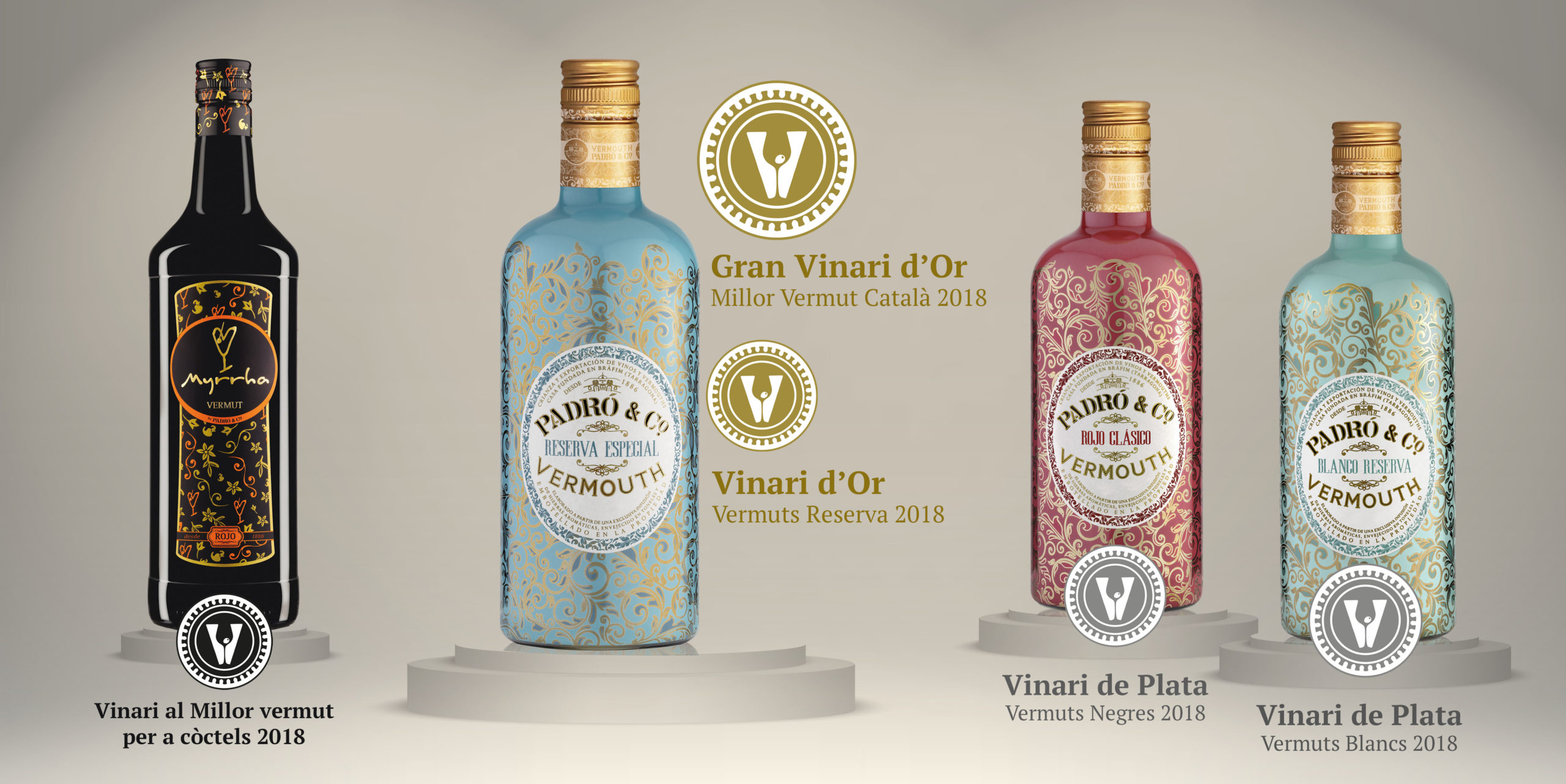 Five awards for the Padró I Família Vermouths at Vinari 2018

Padró i Família has once again received the recognition of the judges, in the fourth year of the Vinari Catalan Vermouth Awards. The awards ceremony, which took place at the Institut Pere i Matain Reus yesterday, was attended by representatives from wineries, local authorities and sponsoring bodies.

The most coveted award, the Gran Vinari de Oro for best vermouth, went this year to Padró & Co. Reserva Especial, which also received the gold medal in the Reservas category. These awards are a wonderful addition to the list of distinctions already received by this vermouth, including a gold medal in Brussels in 2016 and a Catavinum Gold and Silver Vinari in 2017.

In the Whites category, Padró & Co. Blanco Reserva was up on the podium once again this year with a Silver Vinari, already having received the gold medal in the category last year.  Our tribute to traditional vermouth, Padró & Co. Rojo Clásico, was awarded its very first Vinari with a silver medal in the Reds.

In a blind tasting, members of the Barman’s Club of Catalonia selected Padró i Família’s Myrrha Rojo red as best cocktail-mixer vermouth. The club members were thrilled with this vermouth and have put together a cocktail which they call “Brameta” inspired by the name of the village where the Padró winery is located and the cocktail’s main ingredients, brandy, mint and orange.