Cinchona, a tree bark with medicinal properties in our vermouths 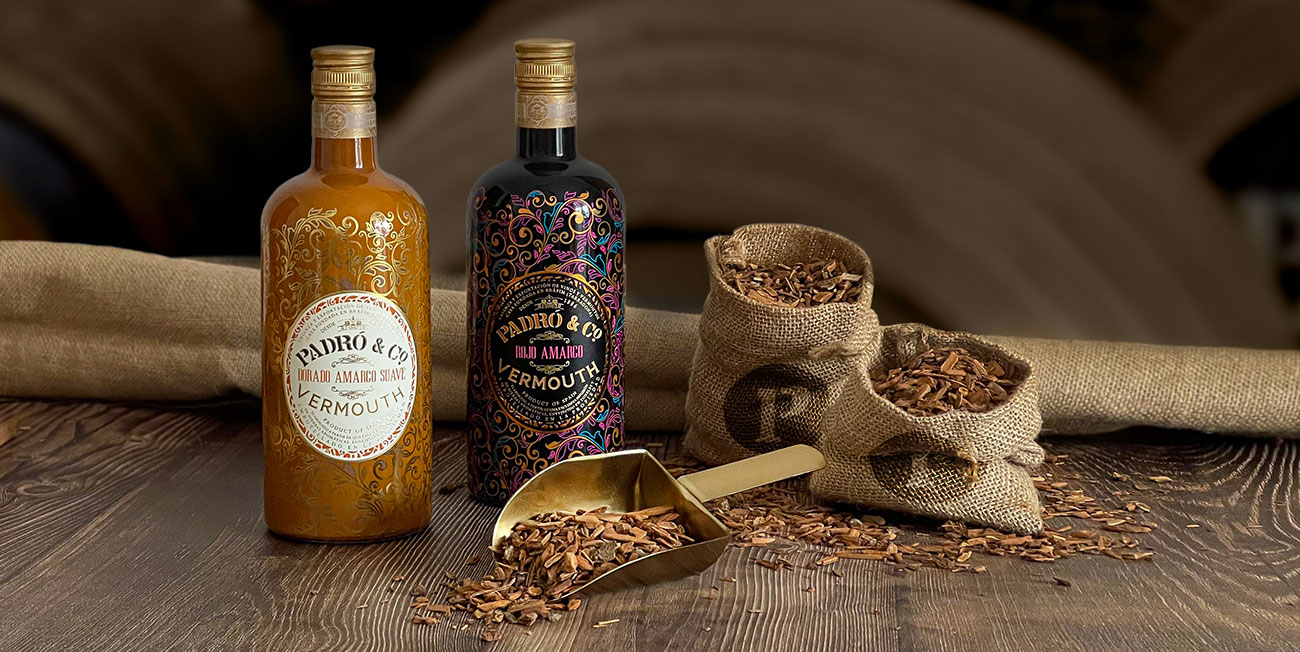 Cinchona, a tree bark with medicinal properties in our vermouths

In some of our more bitter vermouths, you will taste a botanical that for many, is likely to evoke sensory memories. It may take you back to a moment in your life or evoke other drinks you have tasted. If you sip our Padró & Co. Dorado Amargo Suave Vermouth slowly, you will quickly notice that delicately bitter and tangy flavour that we are talking about. You will also notice it in our Padró & Co. Rojo Amargo. It is cinchona, the bark of the quinine tree, which gives these vermouths their long aftertaste on the palate and persistence on the nose.

Chinchona, not widely used in vermouth making, is what gives our Dorado Amargo Suave its special character. There are different species of cinchona and we use the bark of the Cinchona Calisaya (also called Cinchona Legderiana). We infuse it in distilled wine alcohol along with wormwood and other botanicals, such as gentian, which enhance and balance the bitter flavours. Our Dorado Amargo Suave also stands apart because of its fabulous golden colour.  This is the original colour of vermouth, as it is before being darkened with caramel. However, achieving this rich golden colour is a skill all by itself.

In the case of our Rojo Amargo, made with a double infusion and an extra-long resting period, the strong flavours of the cinchona and other bitter botanicals appear wrapped in the fresh sensations of the bitter orange flavours.

Originally from South America, this is a botanical that has travelled the world to fight malaria

The quinine tree is native to South America and its bark contains an alkaloid, also called quinine, which has digestive, antipyretic, antimalarial and analgesic properties. Cinchona has been used for centuries to treat malaria. In fact, the medicinal properties of cinchona as an agent to bring down fever have been known since ancient times in the areas that now make up Peru, Ecuador and Colombia. Apparently, there are several legends that illustrate how pre-Columbian cultures discovered its healing properties. In these legends someone is miraculously cured having drunk water which happened to contain cinchona bark. One of the species of the quinine tree is even represented in the coat of arms of Peru.

Chinchona first came to Europe in the 17th century through Jesuit missionaries who knew of its use in Peru as a medicine to combat malaria. Hence, it began to be imported and commercialized. Cinchona, the scientific name, originates from the 18th century, when Swedish botanist Carlos Linnaeus gave it a classification. According to one legend, Francisca Enríquez de Rivera, Countess of Chinchón and Viceroy of Peru fell ill in Lima with serious fevers. She recovered thanks to cinchona powder. Cinchona Calisaya or Legderiana, was first described at the end of the 18th century. In English it was given the common name of quinine or Peruvian bark.

In the 19th century, two French pharmacists succeeded in isolating quinine from cinchona bark and progress was made in the production of antimalarial drugs. Due to the multiple properties of this substance, some European countries planted quinine trees in their Asian colonies.

Cinchona bark powders were taken dissolved in water or wine. Sugar could be added to balance the bitter taste which is how tonic water came into being. Gin & Tonic also came about thanks to the healing properties of quinine. Whilst out in their colonies in Asia, the British had to take quinine to ward off malaria. They mixed it with soda water, sugar and gin. This also gave rise to quinine wines and brandies as well as other delicious beverages drunk as aperitifs or to whet the appetite.